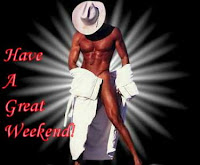 2011 has been a very interesting, and busy, year for me. I went on my first convention trip, made a lot of new friends, wrote a ton of books, and started a new writing relationship with Lynn Hagen.
Through it all, my readers have faithfully kept me on my toes with questions, encouragement, and brainstorming sessions.

So, as this year draws to an end, I'd like to thank all of my readers for everything you've done. You are the absolute best readers in the world and I know I am very lucky to have you.
May all of your dreams and fantasies come true, especially your fantasies

Posted by Stormy Glenn at 5:47 PM No comments:

Hassan Al'Abdalha watched his brother, Bogden, find his mate and now the Shaikh has decided that it's his turn. Hassan was married once before and he never wants to experience that again. It was a dismal experience that left him miserable by the time his wife passed away. So, Hassan comes up with a plan. He asks his brother to find him a mate like his own, a brüter, with the intention of it being a contract in name only.

But fate has a funny way of messing with people's lives. The brüter that he goes to the capitol to claim turns out to be Hassan's fated mate. Rayne is also a man on the run and he runs right into Hassan's arms. If they can keep from fighting their mating, they might actually find out that they want the same things out of life—each other.

Unfortunately, there are those that don't want them to find happiness together and being in pridehome in the middle of the desert surrounded by family and warriors won't stop them from getting what they want.

http://www.bookstrand.com/heart-mate
Posted by Stormy Glenn at 5:03 AM No comments:

When a young man is found murdered in an alley, Detective Anthony Santano follows his gut instincts right to the city morgue only to witness Kyle’s return three days later. When keeping Kyle safe in Portland is no longer an option, Tony enlist the help of some not so law abiding men to get them out of the state.

Struggling to make it day to day, Kyle Talon feels all alone in the big city. When his young life is brutally snuffed out in a dark alley, Kyle is surprised to find himself alive. He's even more shocked to discover himself falling in love with the detective that witnessed his return to the land of the living and has sworn to protect him.

They embark on a journey that not only strengthens Kyle as a man, but also teaches the detective that he has more to give than he ever thought possible. Together, they just might have a chance.

http://www.bookstrand.com/kyles-return
Posted by Stormy Glenn at 5:06 PM No comments:

Keep an eye out for book 1, Just A Vampire, coming soon.

Posted by Stormy Glenn at 6:36 PM No comments:

Every once in awhile I come across a series that I so totally love that I just have to have every single book in the series. Then I close myself off somewhere and read right through them all.

Gabrielle Evans new "Haven" series is just such a series. I almost cried when she told me there were more on the way. I contacted Gabrielle and convinced her to share. So...

Leave a comment here on my blog. Two lucky winners will be chosen to recieve a complete set of the four (4) books that are in the series right now. Contest ends December 12th.

Caution: Contents Under Pressure [Haven 1]
No good deed goes unpunished. Stavion had only been doing his job as an Enforcer, but now he finds himself the leader of his enemy’s old coven. And the position comes with a whole mess of responsibility and stress.

Jory can’t believe he’s finally free of his prison. He has friends, clean clothes, and a warm bed at night. He also has a very big, very intimidating vampire claiming to be his mate. Not only does the man scare the hell out of him, but Jory’s not everything he appears to be, and keeping the secret is harder than he imagined.

One obstacle after another is thrown in their path to keep them apart. Even Jory seems to be fighting it every step of the way. Stavion isn’t about to give up, though. Jory is everything he never knew he wanted, and he’s determined to have the last word.

Faith, Trust, and Stardust [Haven 2]
Kendall Orion thought he’d found his pale knight in the gorgeous vampire Enforcer, Cassius Reynard. Like his friends, Kendall has a secret, though. He’s kept part of himself locked away for over a hundred years, and if it means keeping Cassius in his life, he’ll find a way to banish it forever.

Cassius is starting to get whiplash from Kendall’s ever changing moods, and he knows the little man is hiding something from him. When their miscommunication pushes Kendall to the unthinkable, Cassius is done with the mystery and surprises. Discovering the truth, however, only creates an entirely new list of worries and concerns.

While Kendall and Cassius work through their relationship issues, Haven is threatened when an unknown force penetrates their walls. Capturing one enemy leads them down a path that no one wants to travel and finds Cassius several states away—just when Kendall needs him the most.

Forgotten Sins [Haven 3]
When Jonas Tracer makes a bargain with a witch to charm his mate into loving him, the plan backfires horribly. Now, Nicholas not only believes another man is his mate, but he’s forgotten his past with Jonas entirely. With time running out, Jonas embarks on a journey to recapture Nicholas’s memories and force him to acknowledge their bond.

Nicholas McCarthy has loved Jonas for two hundred years. Claiming the man, though, would prove certain death for the brawny Enforcer. Once the curse is broken and his memories return, he knows he should walk away from Jonas and never look back. But when a ghost from his past returns for vengeance, he has no choice but to seek help from the one man he’s spent years trying to protect.

Can Nicholas find the courage to come clean with his mate before it’s too late? Or should some sins remain buried forever?

Back Roads [Haven 4]
Coming November 26th
It’s not that he isn’t insanely attracted to Bannon Murphy, but when the man starts talking about mates, Galen balks. He’s been burned by a lying, manipulating shifter before, and he isn’t convinced that he can trust the sexy Irishman.

After months of trying to convince Galen that they’re fated to be together, Bannon is at the end of his rope. Not only does Galen refuse to accept that they’re mates, but he stubbornly clings to the idea that he’s nothing more than human. No matter how hard Galen tries to push him away, Bannon isn’t going anywhere without a fight.

When The Council convinces him to take Galen on his next assignment, Bannon decides to use the time to woo his obstinate mate. Unfortunately, it soon becomes apparent that keeping them safe from their enemies will be easier than convincing his mate to stop running from the truth.


Check out more of Gabrielle's books at http://www.gabrielleevans.com/

Posted by Stormy Glenn at 2:45 PM No comments: