FINISHED & SUBMITTED: Mark of an Alpha 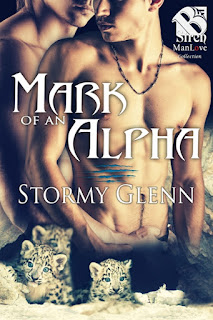 MARK OF AN ALPHA

All Xias wanted to do was find a safe place for him and his cubs. With his alpha chasing after him, intent on taking one of his cubs and killing the others, racing through a blizzard in the middle of the night seemed like a good idea. He had no idea when he took shelter in a cave during a blizzard that he had found more than a place to rest. He'd found the one man determined to protect him and his cubs.

Zhuang wasn't on the run exactly, but avoiding his father's demand that he start his own clan sent him into the mountains where he couldn't be reached. When he takes shelter in a cave during a snow storm, he finds his mate and a whole lot more. He also discovers that protecting his mate means changing his entire way of life.

But even going to the shifter council won't keep them safe because the alpha who is after Xias is determined to have him, even if he has to kill everyone standing in his way. Zhuang's only hope in saving his new family is in becoming the alpha his father always wanted him to be. 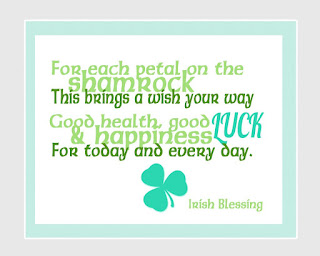 I know St. Patrick's Day is upon us and people will be out celebrating. While I wish everyone a wonderful time, I have one small request. Please do not drink and drive. Take a cab, crash at a friend's house, get a designated driver. Do whatever you have to do to stay safe and off the roads, because when you drink and drive, you put not only yourself in danger, but your friends and family.
My brother was 25 when he hit a cement pylon under a freeway overpass. In his drunken state, he forgot to use his seatbelt and was tossed around the cab of his pickup truck, sustaining massive head injuries that took his life within hours. His blood alcohol level was two times the legal limit.
The only saving grace in that horrible accident was that he didn't take anyone with him. But he left a lot of heartbroken family behind. My older brother, the man who I had toddled behind from the time I could walk, was gone. My children never got a chance to meet their uncle. I never got a chance to tell him goodbye. I never got the chance to tell him how much I loved him.
So, go out, have a good time, but find a safe way to return home to those who love you. Please.

Posted by Stormy Glenn at 5:49 PM No comments: