COMING SOON: His To Bear 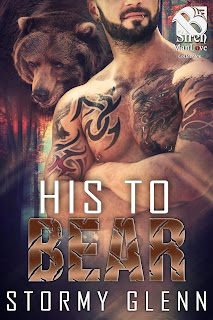 HIS TO BEAR
Bear Essentials 2
coming March 28th 2019
George Carver's life changed forever in the span of 24-hours. He won a billion dollar lottery, but more importantly, the man sent to protect him turns out to be his mate. His very human mate. Luckily, Leon seems to know about shifters. He just doesn't know anything about mates.
Leon de Oro spent several years as an Army Ranger before retiring to work for a friend in his security company. He never dreamed that he'd be sent on an assignment to protect the man of his dreams or that the bear shifter would claimed they were fated to be together.
People will do stupid things for money. They'll do really stupid things for a lot of money, and George had a lot of money. A billion dollar lottery win brings people—old and new—out of the woodwork. Leon has a hard enough time keeping George and his billions safe. Trying to decide if he's ready to settle down with a mate might be impossible.

Posted by Stormy Glenn at 10:24 AM No comments: 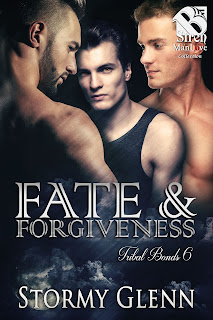 
Roman is a hunter, tasked with finding and eliminating those who break the laws set down in a treaty between the humans and the paranormals. After being held captive and tortured for months, he's more than ready to track down the one man he couldn't stop thinking about. It was just too bad Seth wasn't where he left him.


Wolf shifter Seth Connelly has a deep hatred of hunters. In his mind, they have done nothing but kill his kind for centuries. He fully believes that every last one of them needs to be wiped from the earth. When he meets an attractive man in a local bar and takes him home for the night, Seth never dreams that the man he spends the night with is his mate—and a hunter.


Vampire Casey is sent to deliver a message to a wolf shifter hiding out in the mountains. Before he can reach his destination, he's attacked. He shows up on Seth's doorstep, bloody and bruised, and never dreaming fate had a plan for him even he couldn't imagine.


Standing on different sides of a war that is quickly coming, Roman, Seth, and Casey have to learn to put their hatred aside and work together to eliminate a new threat to them all. Failure to do so could mean more than their lives. It could mean the end of everything, including the growing love that none of them can deny...but sometimes, hatreds run very deep.


https://www.bookstrand.com/fate-forgiveness-mmm
Posted by Stormy Glenn at 10:21 AM No comments: