Spaced Out For  Love 2

NOW IN PRINT: Faery Me 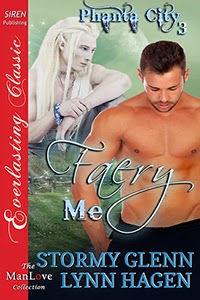 
One night of passion led to a life neither of them expected…
Cass A. Nova has a way with words. Unfortunately, his pickup lines usually get his face slapped. But then he meets a gorgeous fae that finds him not only intriguing but charming. One night spent in Wylde Fleur’s arms and Cass can’t imagine being anywhere else. There’s only one problem...his fae has disappeared.
Wylde Fleur has a lot of experience bucking the system. He was been banished from Glitter Glow Park because he refuses to follow in his father’s footstep. He was even shunned by the fae because he became a lawyer. Now, he’s chosen to take up with a vampire.
When Wylde discovers documents in the Ministry archives that hint at a secret long hidden from society, will he have to pay the ultimate price or will his smooth talking vampire be able to save him in time?
http://www.stormyglenn.com/faeryme.htm
Posted by Stormy Glenn at 2:18 PM No comments:

RELEASE DAY: Put Me In A Book by AKM Miles 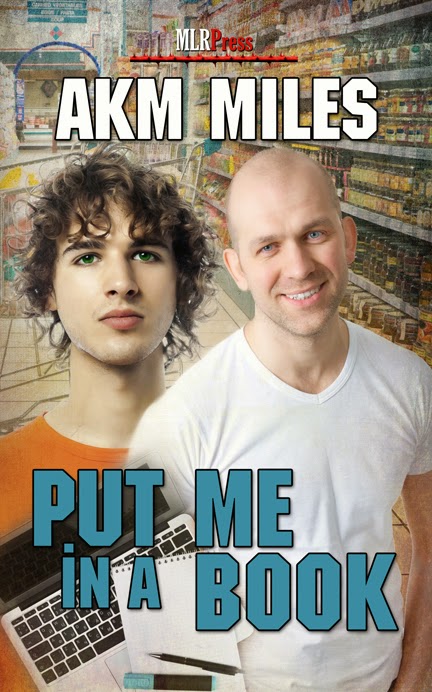 PUT ME IN A BOOK

Brandon Reese thinks there are too many big reasons why he and Rhine Walken can't have anything other than a friendship, but Rhine thinks differently.

Brandon Reese isn't ugly, but he thinks he is. He knows he looks better now that he's lost over 200 pounds, but he can't get over feeling, well, less like the handsome men he writes about in his gay romances. Then he meets Rhine Walken. He's intrigued. But the next time he sees Rhine there's something really wrong with the young man. Like really. Brandon finds out that Rhine suffers from a traumatic brain injury that manifests in a strange manner, one that makes a relationship pretty much off the table. Damn that sucks. B ecause he could love this man.

akmmiles@yahoo.com
http://www.facebook.com/akm.miles
Posted by Stormy Glenn at 2:16 PM No comments: 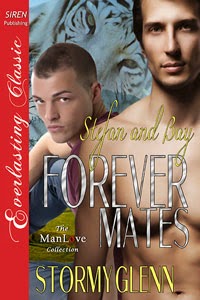 The joy Stefan felt upon finding his forever mate was overshadowed by the sorrow that filled him at his mate’s rejection. Bay wanted nothing to do with him. Being the shy one in his family, Stefan’s lack of social skills left him confused as to how to bridge the gap between them.

Bay Stanton knew he had found the sexiest man he’d ever seen the second he laid eyes on Stefan. It was just too bad that his personality didn’t match, or so Bay believes when Stefan lies to him, a sin Bay finds nearly impossible to forgive.

As difficult as it is for them both, when trouble threatens their mating, can they depend on each other or will the lies and misunderstandings be bigger than the danger?

http://www.bookstrand.com/forever-mates-stefan-bay
Posted by Stormy Glenn at 3:14 PM No comments: 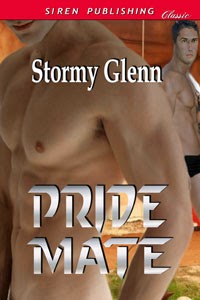 To get Anjali back, Bogden buys his contract and sends for him. But Anjali isn't overjoyed to see Bogden. Instead, Anjali thinks he is a slave, bought due to his training as a pleasure slave. And he's pissed when he discovers who his new master is.

Before they can settle their differences, someone betrays them, attacking their desert camp. Chaos reigns as Bogden and Anjali try to fight for their people, fight for each other, and fight to stay alive. But can two men win against insurmountable odds, or will they lose the love they share before they know they have it?

http://www.bookstrand.com/pride-mate
Posted by Stormy Glenn at 12:37 PM No comments: 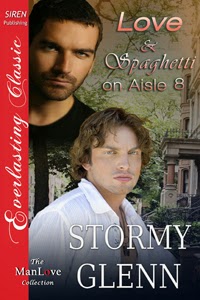 
Seth O’Connal is leery of dating, especially after being used by previous love interests to get closer to his best friend’s billionaire husband. When he’s approached in the supermarket by a handsome Italian offering to make him homemade spaghetti, Seth can’t help but say yes, even if he’s hesitant. When their first date rocks Seth’s world, he wonders if sharing his secret is the next step or if he should keep it to himself.
Detective Frank De Luca is enchanted by Seth. The man seems to be just about perfect. Afraid of scaring Seth off, he wants to get to know him better before spilling the beans about his dangerous line of work. Called to the scene of a bombing, Frank is shocked to learn that the victim is none other than his Seth. But finding out who is after Seth might be easier than accepting Seth’s secret.
http://www.stormyglenn.com/love&spaghettionaisleeight.htm
Posted by Stormy Glenn at 12:20 AM No comments: 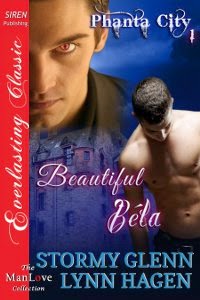 
Count Vladimir Dracul never suspected that the human he found hiding in his stables would change his life and the way he saw the world. But once he found Béla, Vlad couldn’t give him up. Fighting prejudices against humans, a vampire Count wanting his blood donor back, and a threat from an old enemy seem like small battles compared to the one he has to fight to win Béla’s heart.
Béla was terrified of the vampire that found him and decided to keep him. His experience with vampires has never been good so he had no reason to trust Vlad, even if he wanted to. But when his former owner comes looking for him, Béla has to find the courage to save the one man that has come to mean more to him than his freedom.

With the help of a few crazy friends, a werewolf mob boss, and two insane brothers, Vlad and Béla just might have a chance at happiness…if the Ministry of Paranormal Affairs doesn’t get to them first.

Posted by Stormy Glenn at 12:18 AM No comments:


Yuri Кугуар knows he has been truly blessed by fate when he gets his first sight of his forever mate. The shy little redhead is breathtaking. He also turns out to be sweet and adorable and in need of a strong shifter mate that can protect him from the evils in the world. Yuri truly believes he is the man for the job. He just doesn’t expect to have that tested so soon after meeting Liam.
Liam O’Conner is pretty sure he has died and gone to heaven when the most handsome man in the bar comes to sit down next to him. Yuri seems to hang on his every word, and if the hungry glint in the man’s eyes is anything to go by, Liam just might get lucky.
But fate has a funny way of making a person work for what they want, and the mating between Yuri and Liam is no different. As much as the two men just want to be left alone to get to know each other better, outside forces seem intent on ending their mating before it barely begins. Only with the help of their friends and family will they have a chance to find out if they can be happy as forever mates.
http://www.stormyglenn.com/forevermate_Yuri&Liam.htm
Posted by Stormy Glenn at 12:16 AM No comments:

NEW COVER: Call Me Sir, Too 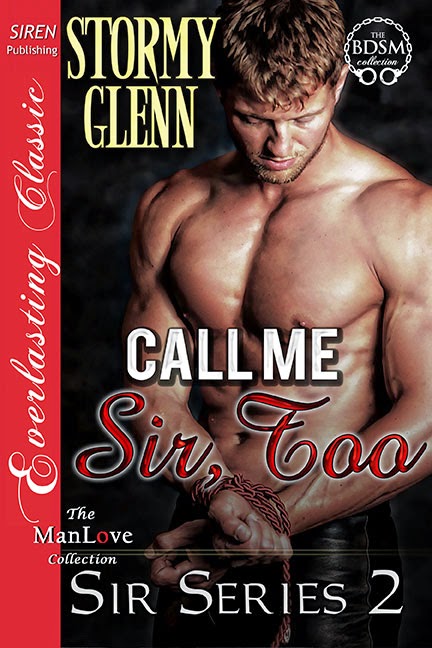 Posted by Stormy Glenn at 1:55 PM No comments:

Posted by Stormy Glenn at 7:04 PM No comments: