AVAILABLE FOR PRE-ORDER: Strength of an Assassin 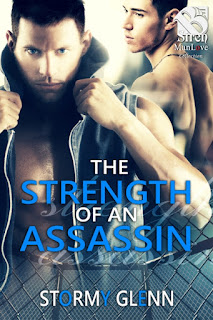 Strength of an Assassin

Samson
I was an assassin, one of the strongest. My strength was my asset when completing my missions. When I was captured and forced to fight in cage matches, that strength was used against me as I was used as a feral monster for the entertainment of others. My salvation came in the form of the man I was forced to fight...my mate.

Henry
I was an omega shifter forced to be a fighter. It wasn't a job I wanted, and going against my nature was harder than I thought it would be. By the time I was tossed into the pit and made to fight for my life, I was ready to give up. My salvation came in the form of the man I was forced to fight...my mate.

Note: This book is written in the first-person point of view of both main characters.
Posted by Stormy Glenn at 6:39 PM No comments:

AVAILABLE FOR PRE-ORDER: Home In His Eyes 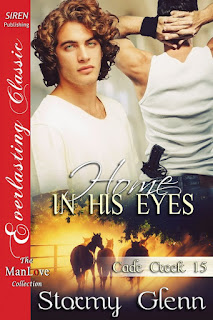 HOME IN HIS EYES


Cade Creek 15
coming August 24th
Adam Bozeman's world ended when he was informed his lover had been killed in a shooting. Unable to get over his heartache, he decides to go home to Cade Creek. But his misery only grows worse when he discovers his lover alive and well and living in his hometown. Before he can deal with the betrayal he feels at being lied to, he has to make sure Mike stays alive.
DEA Agent Mike Ryan spent months in Cade Creek recovering from a bullet wound from a botched mission and a broken heart from being dumped by his lover. Coming face to face with Adam changes the betrayal he feels into confusion. Someone is trying desperately to keep them apart and Mike is determined to find the culprit.
Learning to trust each other again seems simple compared to trying to keep each other alive when the bullets start flying. But Cade Creek is a close-knit community and they don't take kindly to someone going after one of their own. When trouble arrives, Adam and Mike learn they have the support of more people than they thought.
http://www.bookstrand.com/book/home-in-his-eyes

Posted by Stormy Glenn at 4:08 PM No comments:

AVAILABLE FOR PRE-ORDER: Taking Care of You 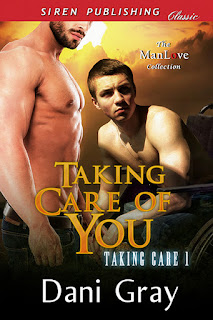 TAKING CARE OF YOU

Michael Franks has issues on top of issues, but the frightened cries of a man being attacked make them seem insignificant. When he rescues Shane and discovers a man who makes his heart race, he has to find the courage to step outside of his comfort zone in order to hold onto Shane's heart.

The instant attraction Shane and Michael feel for one another is something they want to explore, but physical and mental challenges are ahead for the two men. Will they be able to overcome them while trying to survive the three attackers who want Shane dead?

Posted by Stormy Glenn at 2:54 PM No comments: